Our Oxfam 55km Trek in Brisbane 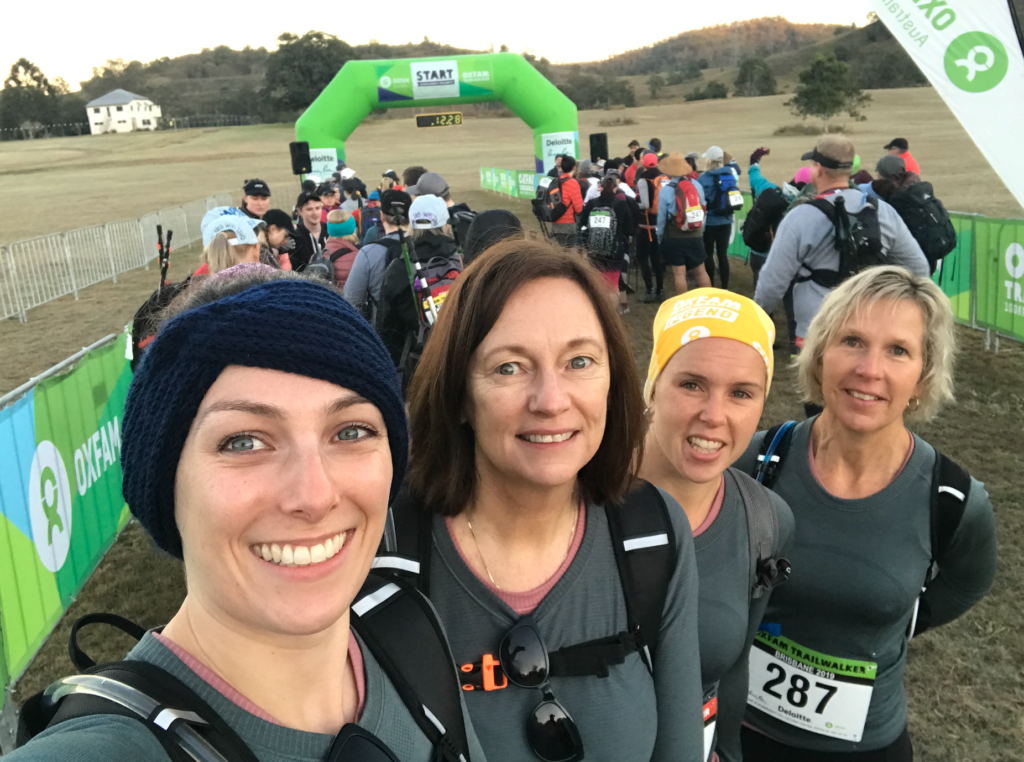 Team ‘I Got It From My Mumma’ completed the 55km Oxfam track in Brisbane over the weekend.

Our team was Cranbourne Osteopathy’s owner Mirae, her mum Ange, her brother’s girlfriend Jessie and Jessie’s mum Michelle. Michelle had previously completed the Melbourne 100km track a whopping 10 times and Jessie an impressive 5 times! Myself and my mum were the novices having only completed a 35km walk previously. It was an early start for us on Saturday 22nd June. We set off from my aunties house at 5am and headed to the starting line at Lake Manchester which was an hour away. We arrived about 30 minutes early which we instantly regretted because checking in took only 2 minutes and it was much much colder than we expected. My mum was only wearing shorts but luckily she packed her gloves! The first 19km to Scrub Road were a huge challenge physically with its hill climbs. A quick 10 minute stop at the checkpoint before heading off on the next 15km – again lots of big hills to climb. It was during this section that my knee started playing up, luckily we had some RockTape so I taped it up and we went on our way. 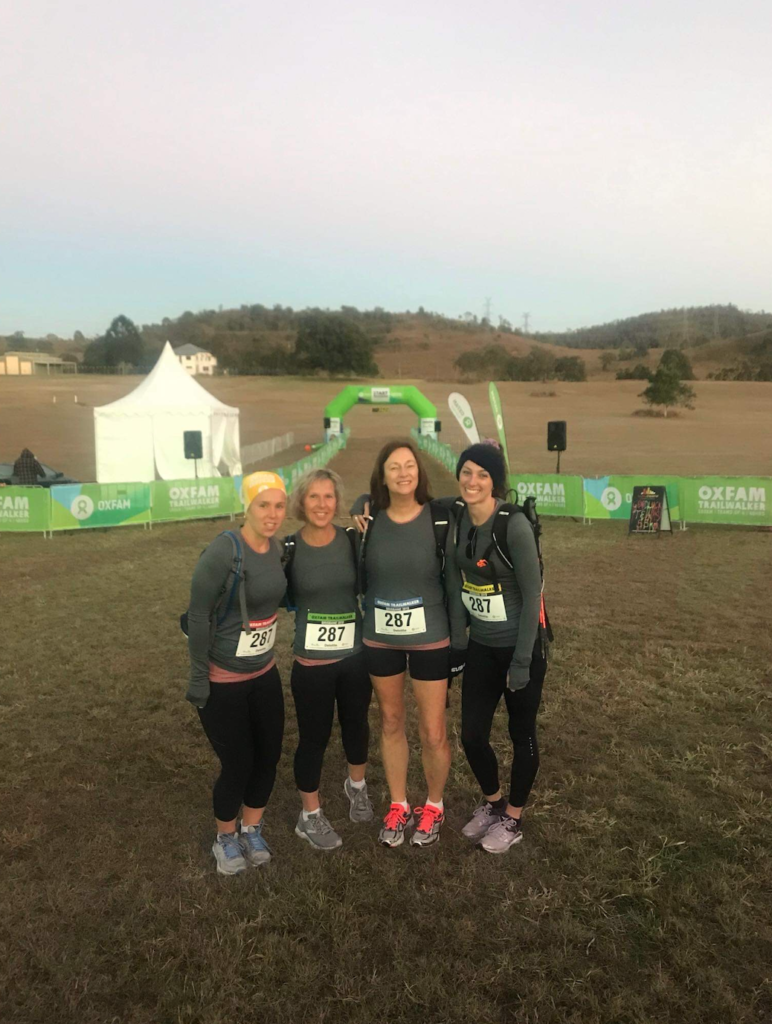 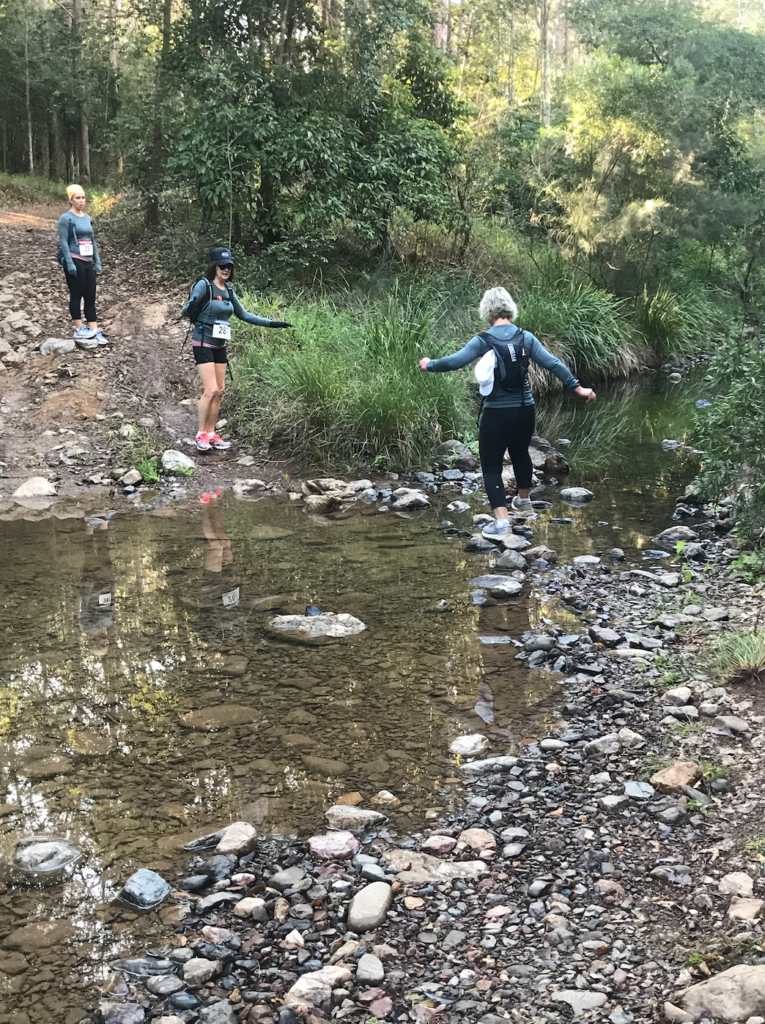 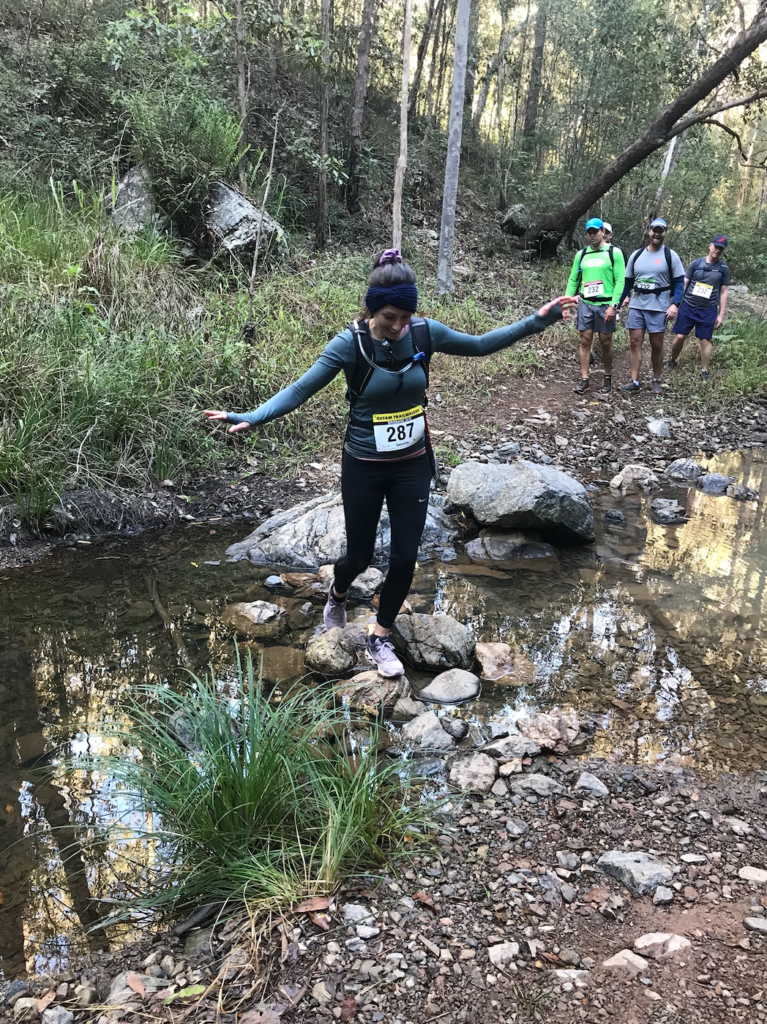 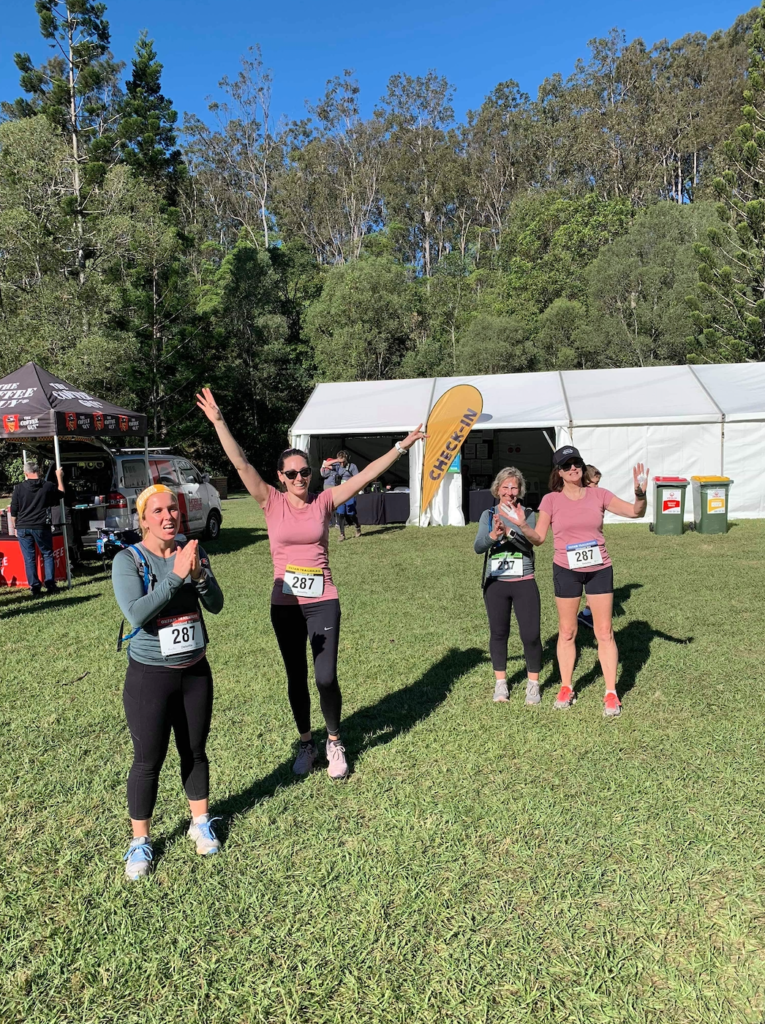 Checkpoint 2 at Bellbird Grove was a highlight for us! We got to see our support crew for the first time after 7 hours of walking AND we were treated to the most delicious picnic in the beautiful Brisbane sun. The third stretch was only 6km to Enoggera Dam and was a great change of scenery as we walked through residential streets and were cheered on by lots of people that we passed. Again seeing our support crew at the end of this stretch. The fourth and final part off the track was the most challenging mentally. My knee was well and truely done with the hills and the darkness was setting in. Seeing the lights and hearing the noise of the finish line at Mount Coot-Tha was the most exciting part of the walk. We’d been searching for those lights for about 5km so we were pretty bloody happy when we finally found them! We cheered and the team behind us cheered too! I was surprisingly emotional crossing the finish line. I don’t know if it was because we’d trained so hard and had actually made it! Or maybe seeing our support crew cheering us home. It was probably also because I could finally stop walking on my very sore knee. 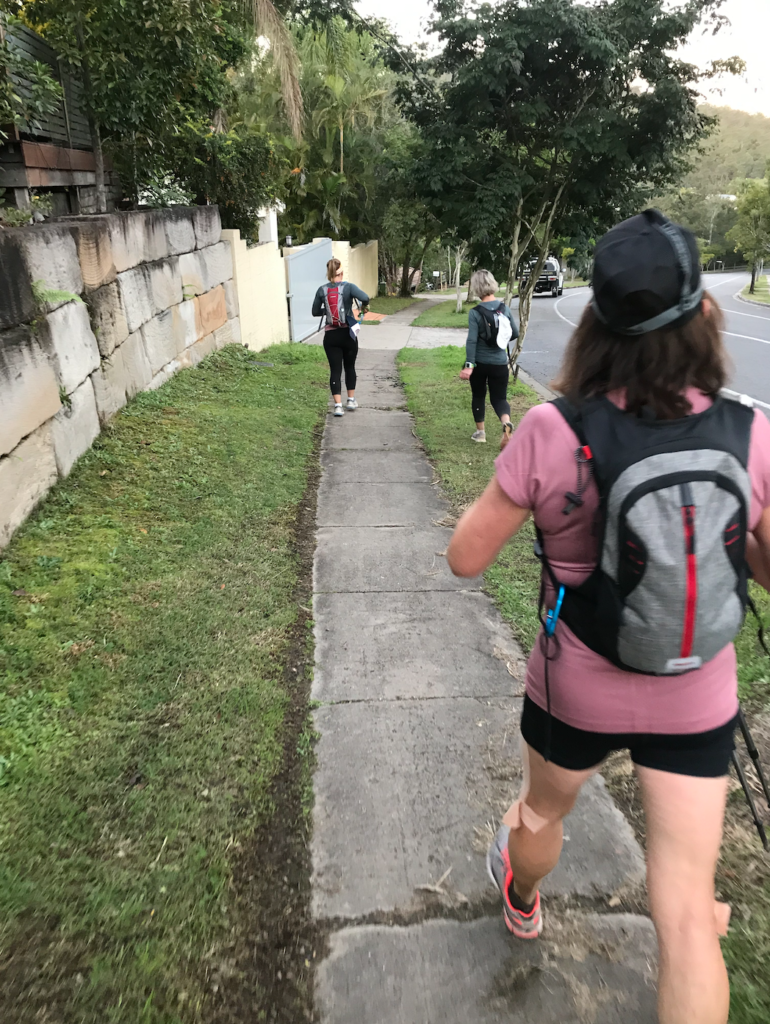 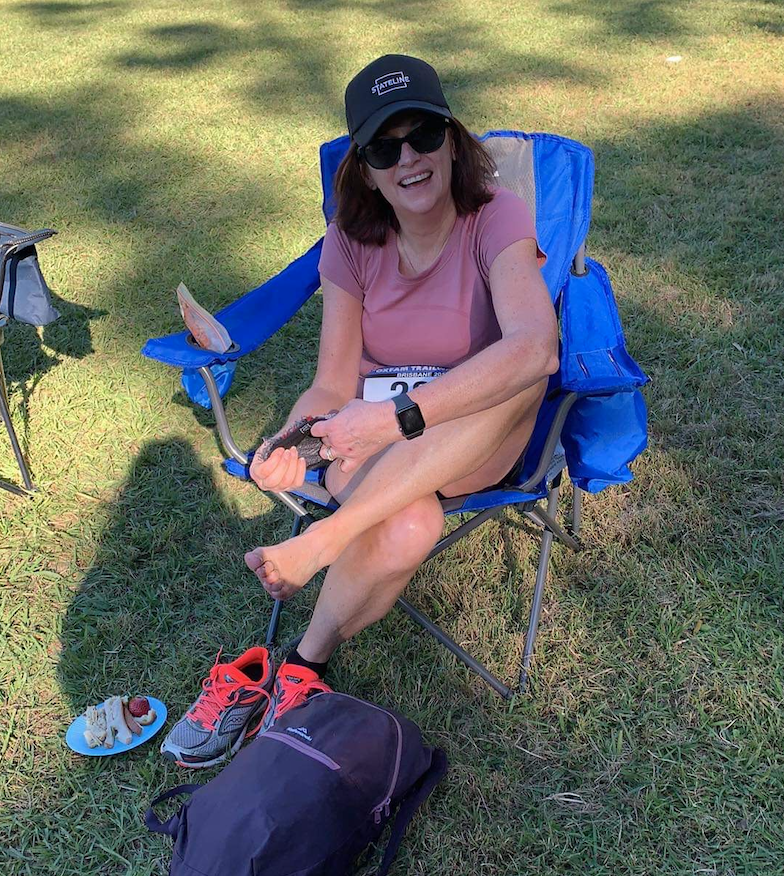 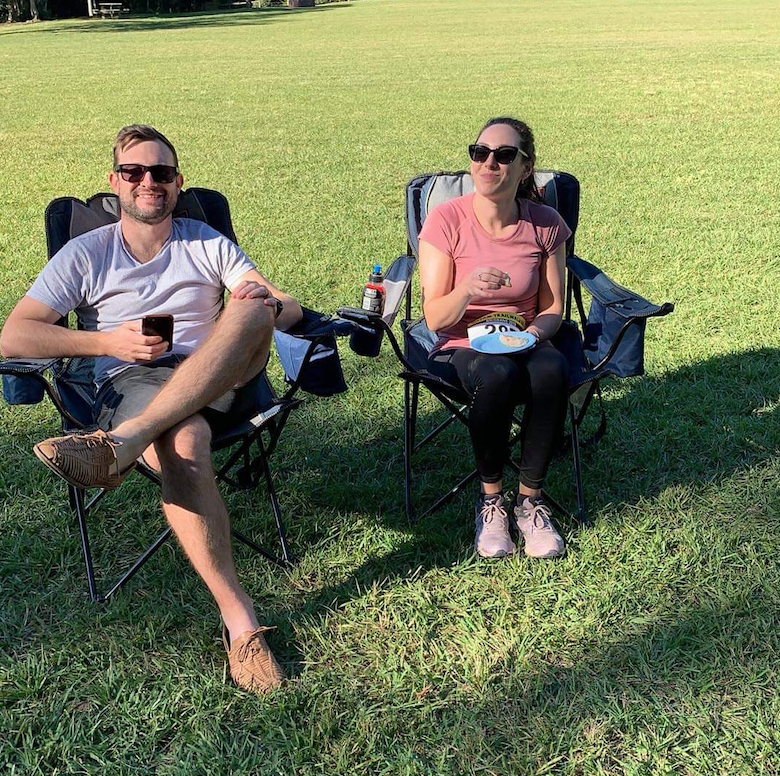 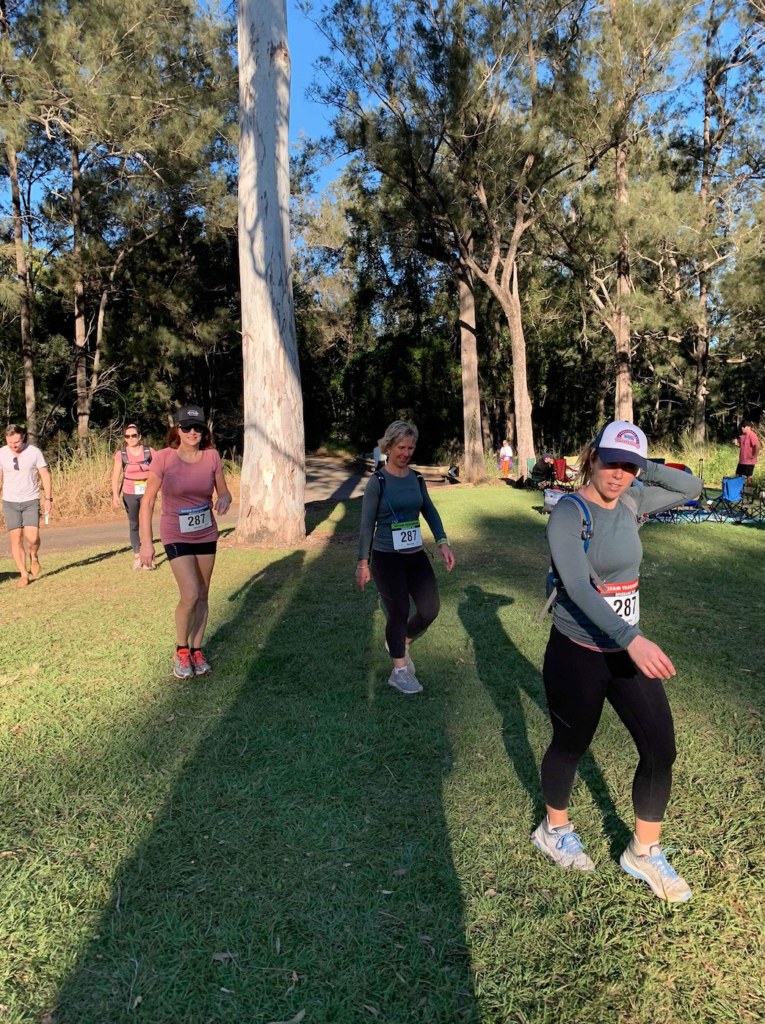 Things I learned for next time (if there is a next time, we’ll see …)

What an empowering challenge Oxfam was! I highly recommend it for anyone who wants a challenge. Please train hard for it and follow the guidelines in the training guides. Also make sure you get any niggles you feel during training checked out. For the four of us it was the things that had previously niggled slightly in training that we felt more and more as the km’s added up. If you want to see the video of us crossing the finish line then head on over to facebook. For those who want more information, here are some links belo